The System is Not Fine

Liz is a paramedic and nurse so when she and her husband, Troy, saw a driver on the side of the road, slumped over in their car, they knew they needed to help. Troy and Liz assumed this person was having a medical emergency and when they pulled over to help, the person, who was on parole for drug offenses and was on drugs at the time, ran Troy over and sped off. Troy was killed in this tragic and violent incident and Liz was thrown into a system she never wanted to be in, the criminal justice system.

Liz describes the only thing more horrifying that becoming a crime victim was navigating the criminal justice process. She was not notified when the offender was moved and was never informed about restitution.

We recently featured Liz's story in our Highlight the Right series on restitution, you can watch her full story, in her own words here: 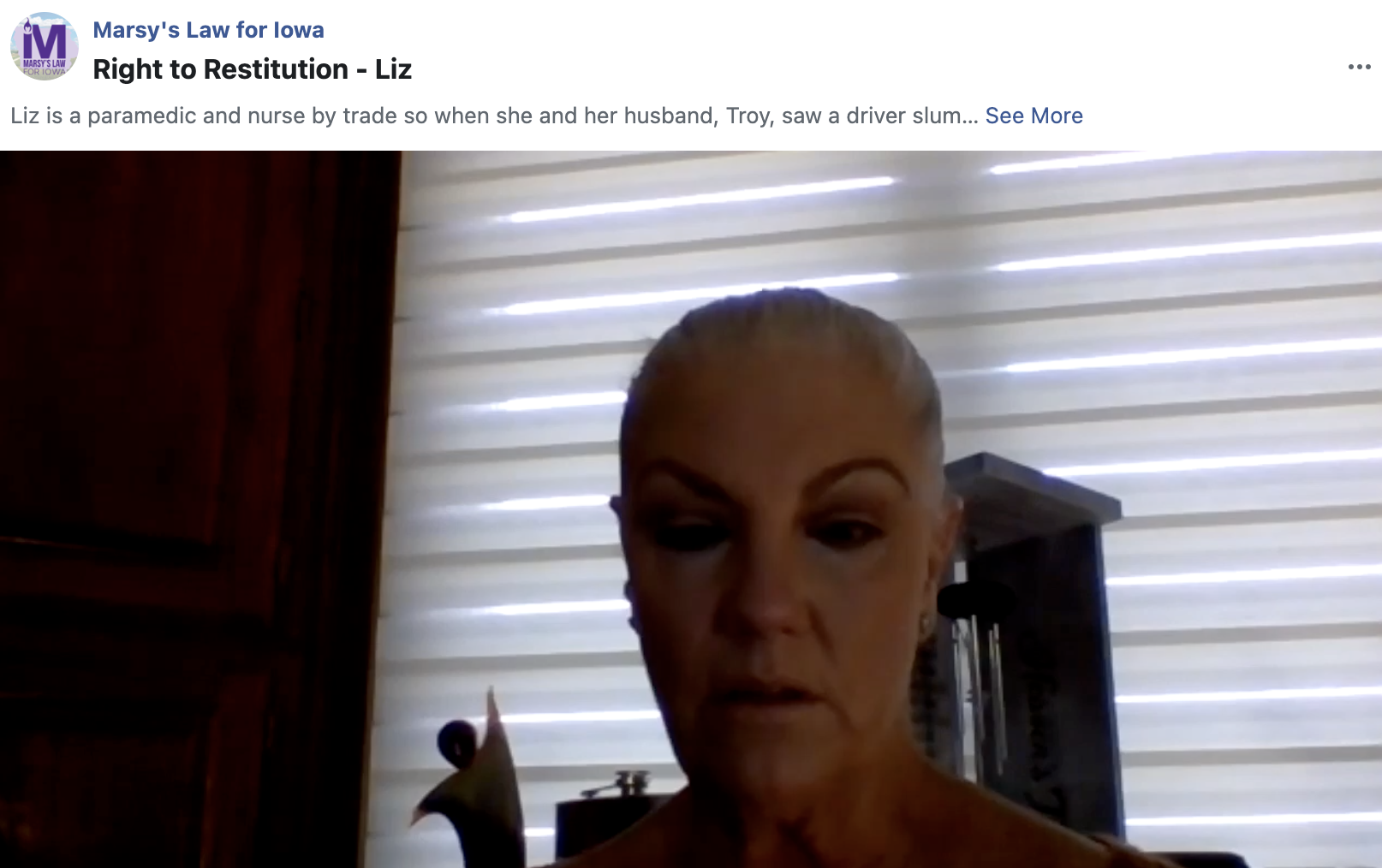 Liz contends, time and time again, politicians say “the system we have in Iowa is a good one for crime victims” – they’re referring to VINE, which is what is supposed to notify crime victims of hearings, if their offender is being moved or changed in status. "If any of these politicians actually had to utilize this system, they would realize nothing done in Iowa is good enough for crime victims," said Liz.

Liz is urging the Legislature to pass Marsy’s Law, which would ensure that victims like her family would receive rights like: proper notification, protection from the accused, restitution, the right to be heard at trial and the right to enforce these rights.

Anyone can become the victim of a crime at any time. Victims deserve to know they are guaranteed certain rights if they should need them.