DES MOINES, Iowa (Jan. 19, 2021) —For the past two months, Marsy’s Law for Iowa has engaged in a “Highlight the Right” campaign, which utilizes social media, informative videos and live discussions to outline the proposal for a crime victim rights amendment to the state constitution.

I have been in law enforcement for 30 years, and I have seen firsthand how the victims of violent crimes have so much trauma from the incident, that they need to have rights equal to the offender. For this reason, and many others, I support Marsy’s Law for Iowa and encourage the Iowa Legislature to move forward on this issue.

Marsy’s Law for Iowa would provide constitutional protections for crime victims in our state – things like the right to be notified of the status of the offender, the right to restitution, the right to be involved in court proceedings, among other things. Marsys’ Law would elevate these rights and also ensure they could never be stripped down or changed depending on who is in charge at the state capitol.

We must make sure that should an innocent person become the victim of a crime they know that they will be treated with dignity, respect and fairness when they are thrown into the criminal justice system, processing the most traumatic incident of their life. 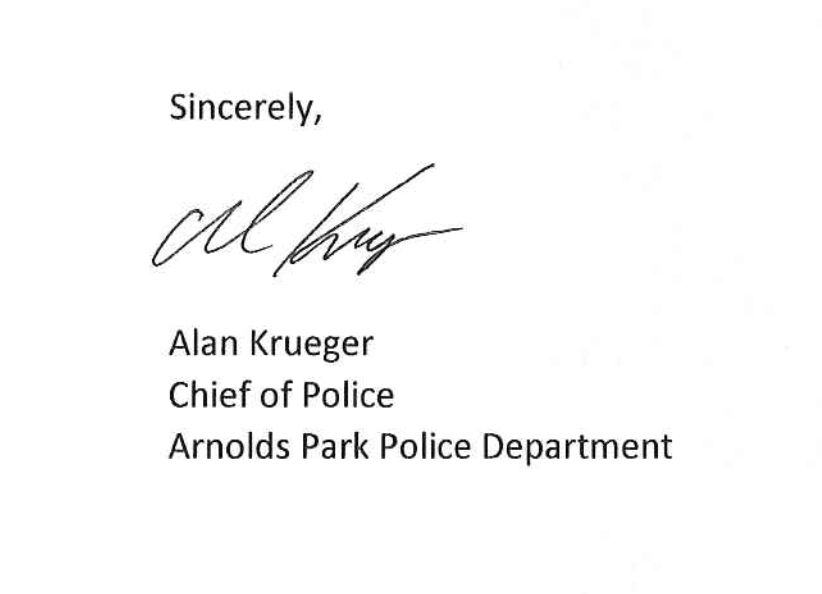 “Justice delayed, is justice denied” – a legal maxim older than our nation and the defining principle behind a defendant’s 6th Amendment right to a speedy trial.[i] The interests of swift justice, though, are not solely limited to the defendant. As the Supreme Court has noted, the public has some interest in proceedings that continue without untimely delay[ii] and for the victim long, drawn-out delays in the criminal justice process can cause serious mental health and financial ramifications.[iii] Marsy’s Law for Iowa includes the right to timely disposition of the case and proceedings free from unreasonable delay which will provide the victim with a meaningful right to object to unreasonable delays and trial continuances.

While the COVID-19 pandemic has shut down operations for many organizations around the state, the Marsy’s Law for Iowa law enforcement coalition has been expanding.

Over the spring, summer and fall, our law enforcement coalition has added even more key, influential voices who are speaking up for victims and stand ready to help move legislation forward during the 2021 session. 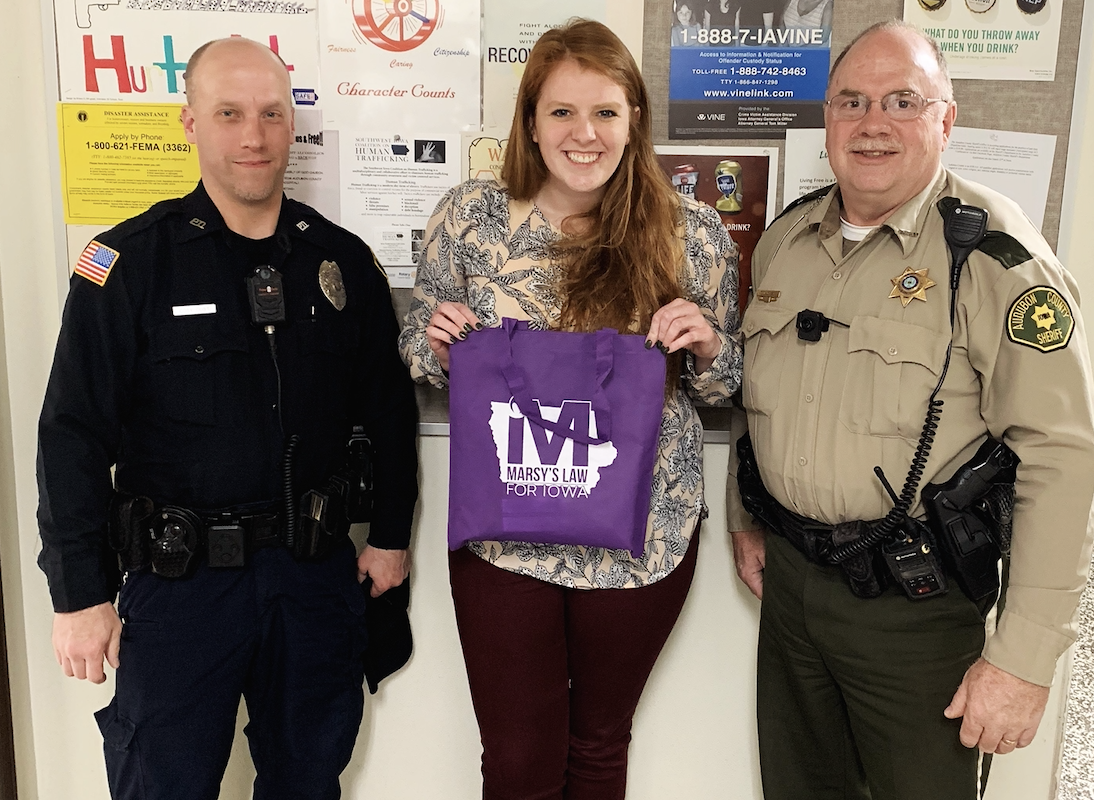 The right to be free from intimidation, harassment and abuse

The right to reasonable protection from the accused or convicted

Protecting ourselves and our family after a violent and traumatizing experience is at the core of our humanity. But when victims of crime are thrust into a confusing, sometimes threatening and arduous criminal justice system, the ability to secure meaningful protection for themselves and their families is lacking in our Iowa laws. Iowa currently has no constitutional rights for victims of crime and the statutory rights that do exist[i] to protect a victim against further harm lack any true mechanism for enforcement. These inadequate protections act as false hope for victims turning to the government for support and protection as they seek justice for their trauma.

The 2021 Legislative Session is quickly approaching, and we want to continue highlighting the work we've been doing over the past several months to remind legislators that the current law on the books is not adequate for survivors of crimes.

I entered the career of Law Enforcement on a whim. I was looking for a career that would provide me with daily challenges and the opportunity to be involved within the community I live. Throughout this journey, I have been afforded that opportunity, and I have also observed some inefficiencies within the criminal justice system. One of those inefficiencies would be that of victim rights.

Being a Victim During a Pandemic

There's never a good time to be the victim of a crime. But being the victim and survivor during a pandemic is even more horrifying than normal.

Shortly after the pandemic hit Iowa, when county officials began releasing inmates early as a precaution to COVID outbreaks, we reached out to every county sheriff and county attorneys offices, reminding them that Iowa doesn't currently have constitutional rights for victims when it comes to notification. We stressed the importance that they notify victims of the early release of inmates. We know that many victims and survivors only feel safe when they either know their offender is locked up or they know where they are.

The right to be treated with dignity, respect and fairness during all phases of the criminal justice process

Participation in the process of government is at the root­­­­­ of our democracy, yet victims of crime in Iowa currently have no meaningful participatory rights in the government process which is designed to seek justice for the trauma that they have endured. They are forced to act as a witness to their own trauma while their dignity is slowly chipped away. They are reminded again and again to remain on the sidelines while the government seeks justice for the public, but not given the opportunity to have their rights considered in that justice being sought. Victims of crime deserve to have their rights considered in the criminal justice system and that is exactly what a right to fairness, dignity and respect would afford them.

The System is Not Fine

Liz is a paramedic and nurse so when she and her husband, Troy, saw a driver on the side of the road, slumped over in their car, they knew they needed to help. Troy and Liz assumed this person was having a medical emergency and when they pulled over to help, the person, who was on parole for drug offenses and was on drugs at the time, ran Troy over and sped off. Troy was killed in this tragic and violent incident and Liz was thrown into a system she never wanted to be in, the criminal justice system.