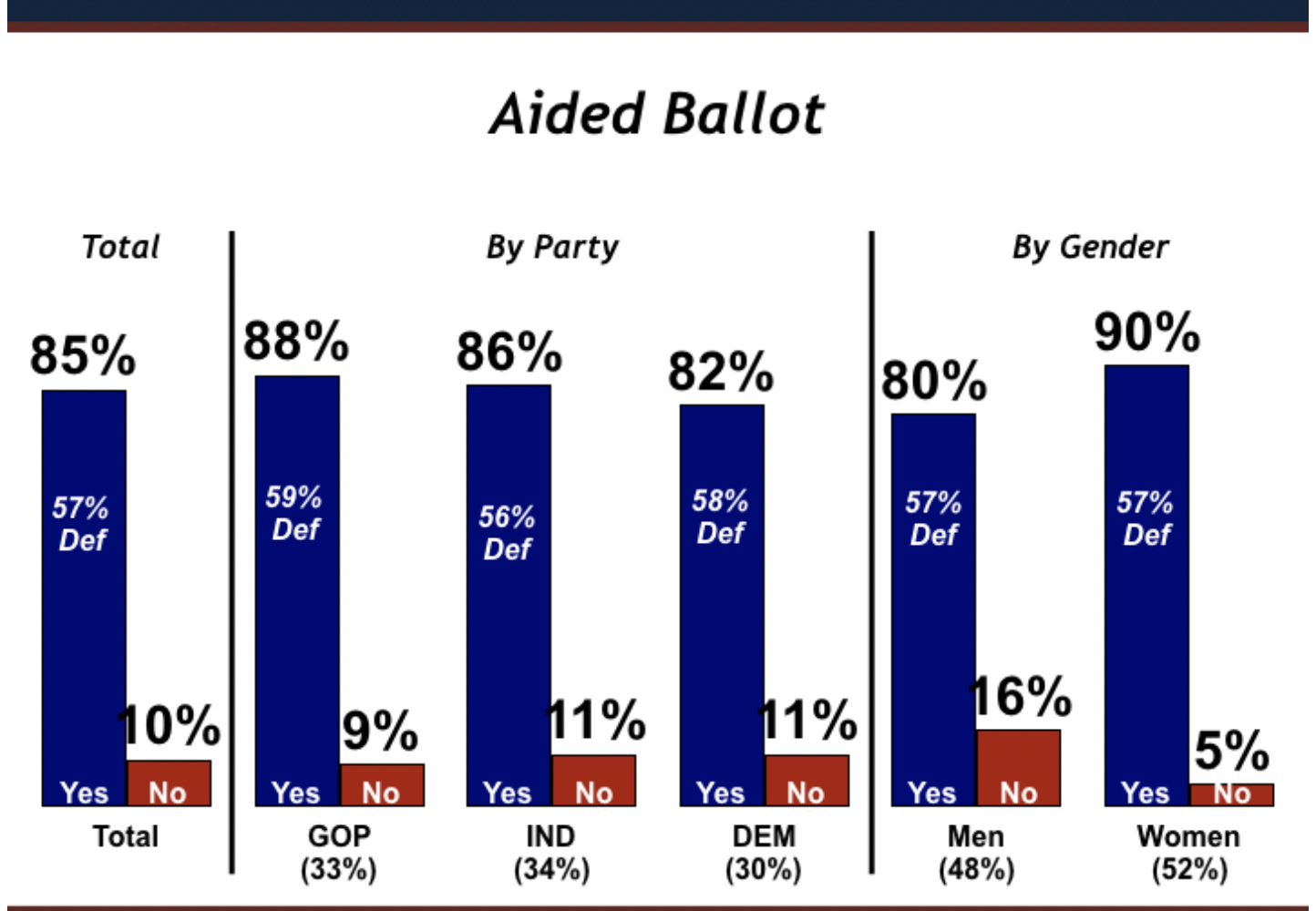 The poll found that only 11 percent of respondents opposed Marsy’s Law for Iowa. There is also broad support of Marsy’s Law in Iowa regardless of gender.

Additional findings show that the voting behavior of Iowans will be impacted by a legislator’s position on the amendment. Significant support for Marsy’s Law proponents: 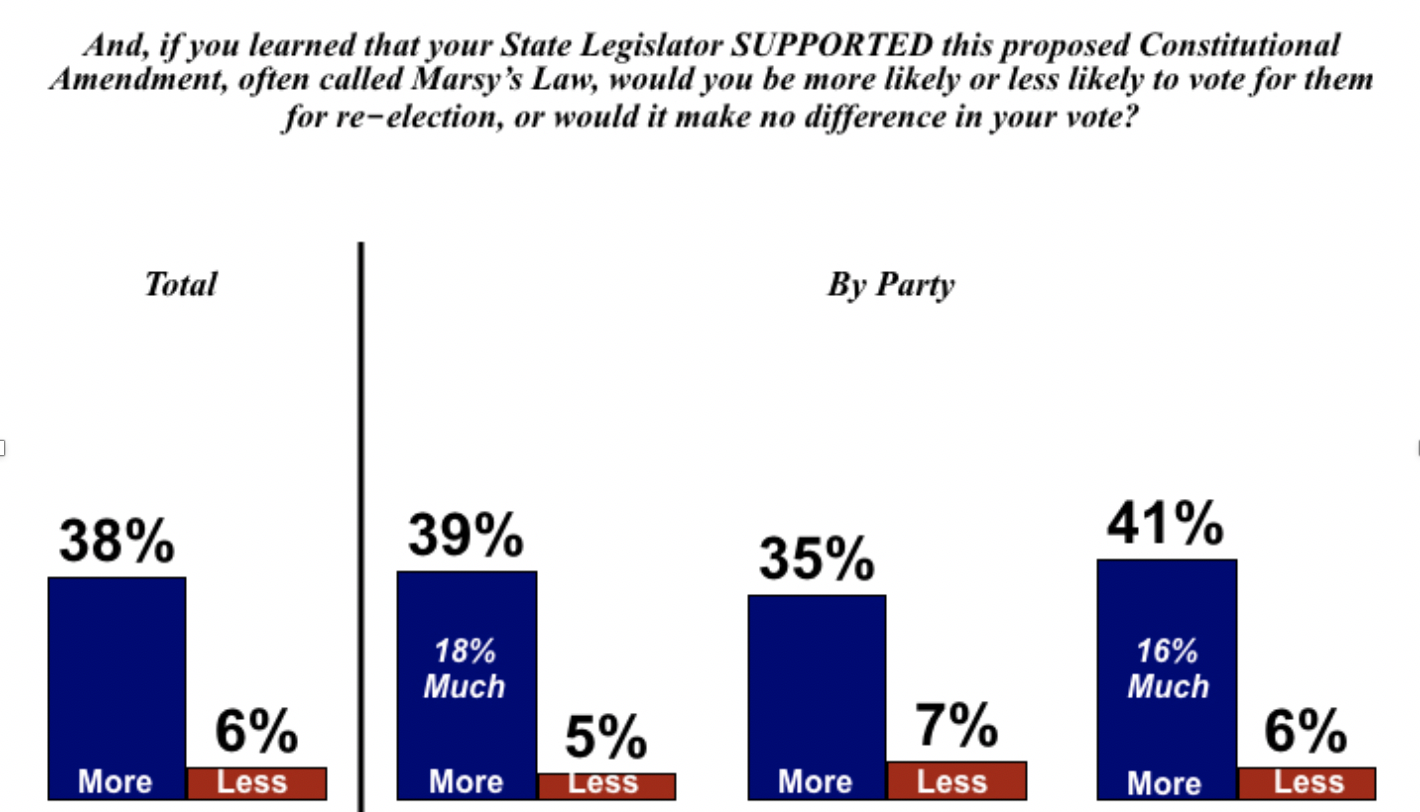 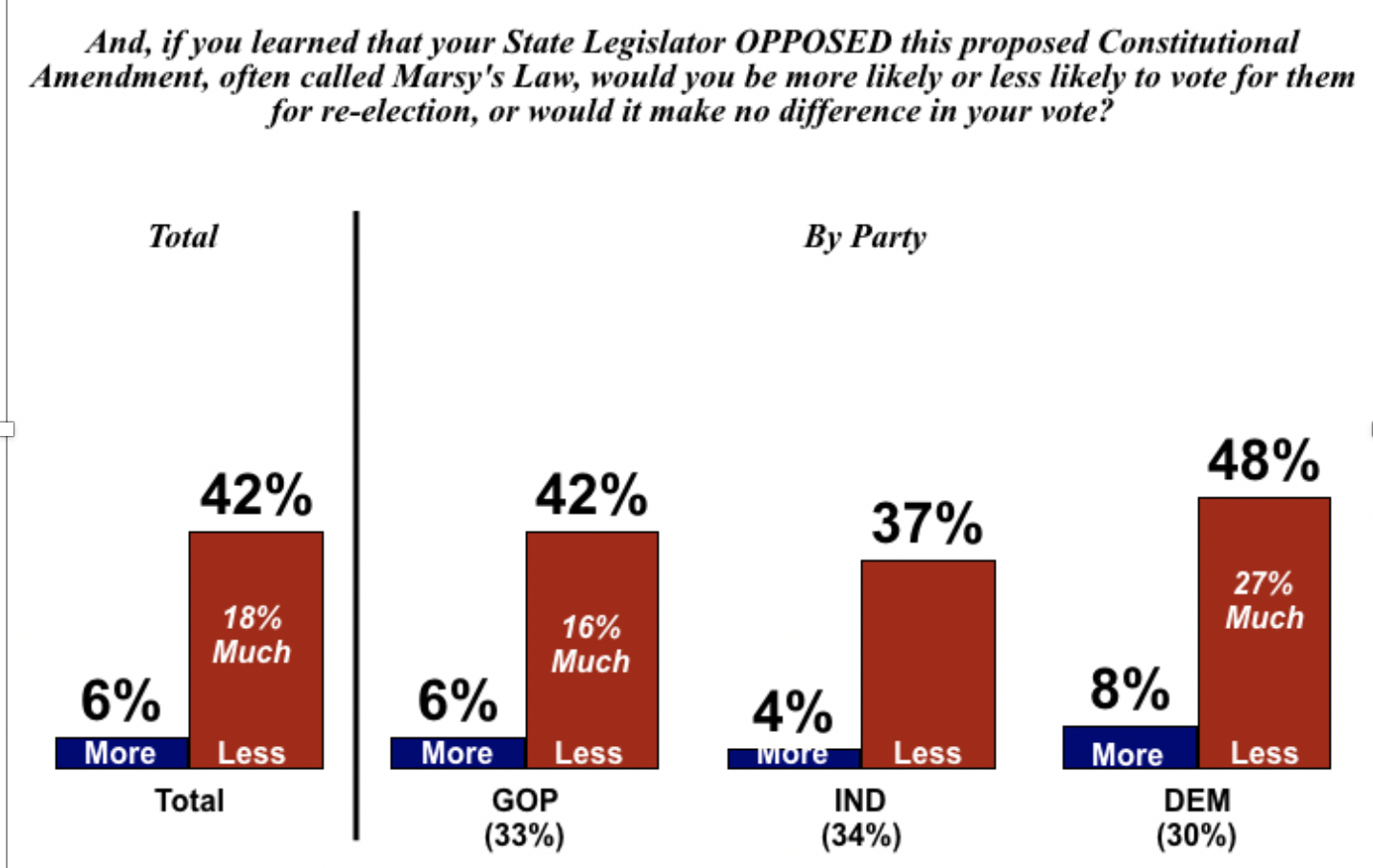 It's clear Iowans believe the time has come to elevate victims' rights and give them permanent protection in our state constitution.