When it comes to politics, polling and legislation, Iowans are a sharp bunch. Every four years those who want to become president come and meet at Iowans’ kitchen tables, in our coffee shops and at the local co-op. The deliberation and thoughtfulness that Iowans put into picking their candidates and weighing in on important legislation is often commented on by outsiders and national news media.

In an effort to take the pulse of Iowans on Marsy’s Law, our organization recently conducted statewide polling – asking Iowans directly if they would support a constitutional amendment creating equal rights for crime victims. The answer was an overwhelming YES - 85 percent of Iowans indicated their support for Marsy’s Law. In fact, only 11 percent of respondents opposed the legislation. Moreover, 82 percent of Democrats, 88 percent of Republicans and 86 percent of Independent are in favor of the change. There is also broad support of Marsy’s Law in Iowa regardless of gender.  Additional findings show that the voting behavior of Iowans will be impacted by a legislator’s position on the amendment.

It certainly feels like our society is becoming more polarized and at times there are very few issues anyone can agree on. Putting constitutional protections for victims in Iowa’s fundamental charter is one of those rare issues that finds support across all sectors of our state—rural/urban, man/woman, Republican/Democratic. The time has come for Iowa to treat victims with the dignity and respect they deserve and secure their rights permanently in our constitution. 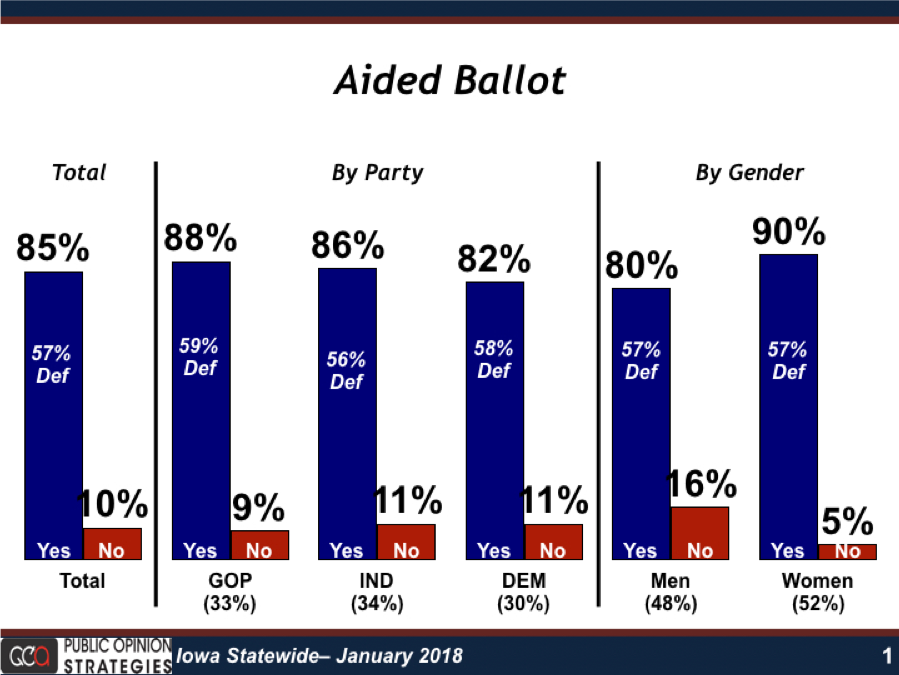 Attached slides can be reproduced. 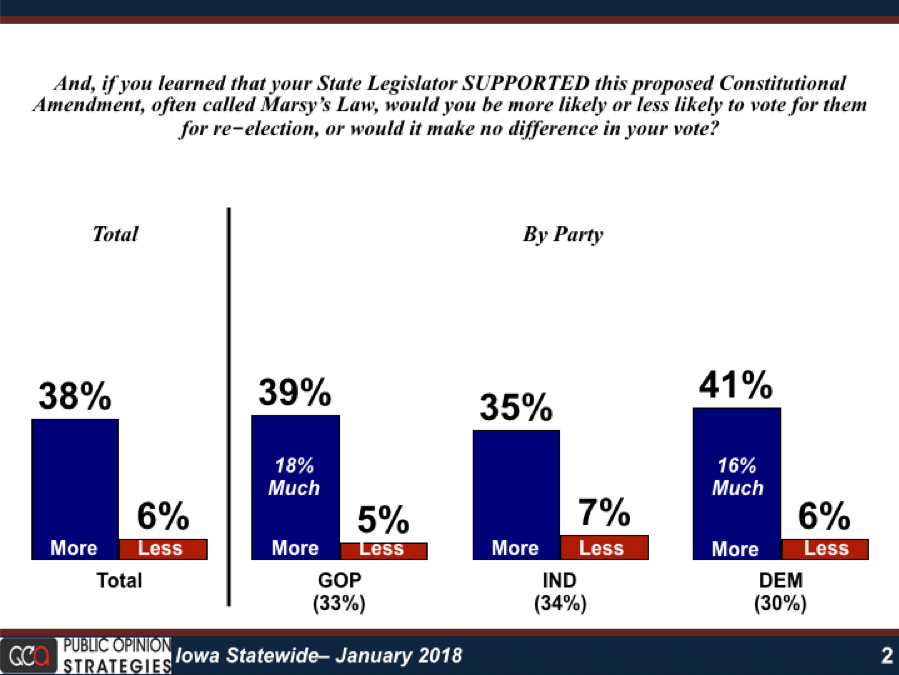 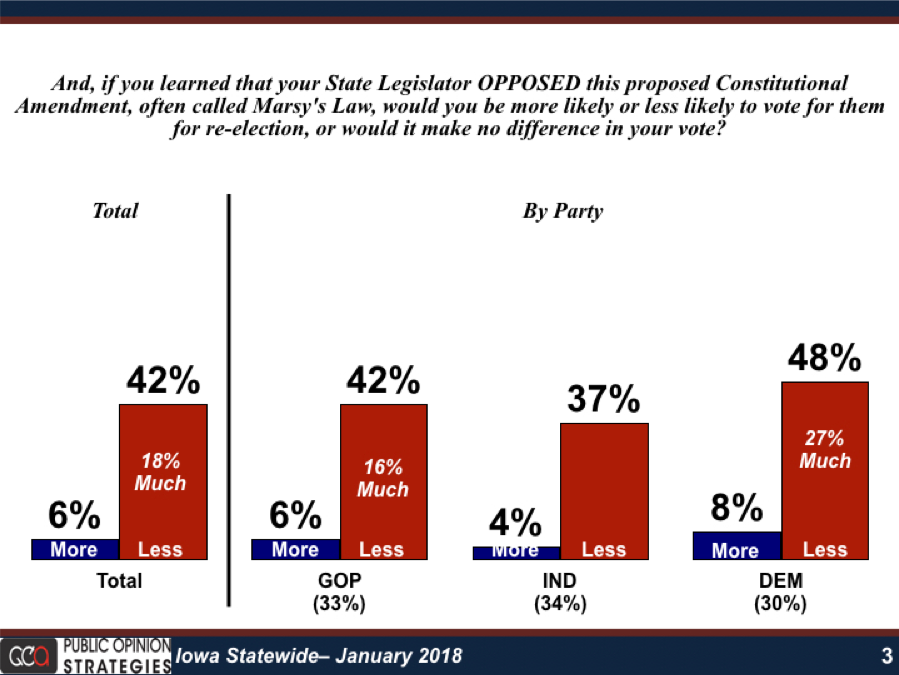