In Their Own Words - Tiffany

We continue with our, "In Their Own Words," series this week. We think it's important that you hear directly from those who have navigated Iowas's criminal justice system. These survivors have navigated the broken system and have heartbreaking stories about where they were let down.  You can follow along on our Facebook page, for specific questions we posed to survivors, and their heartfelt answers. This week, we're sharing survivor Tiffany's message, and it's in her own words...

The law, quite frankly, isn’t working for victims in the state of Iowa, it is however working for perpetrators of violent crime.  In Iowa, there are currently laws and a basic structure in place designed to help crime victims, but it leaves a lot of dots unconnected. In a working justice system, I should be provided with all of the information I need to keep myself safe and furthermore educated about sentencing structure and the applicable Good Time Law. 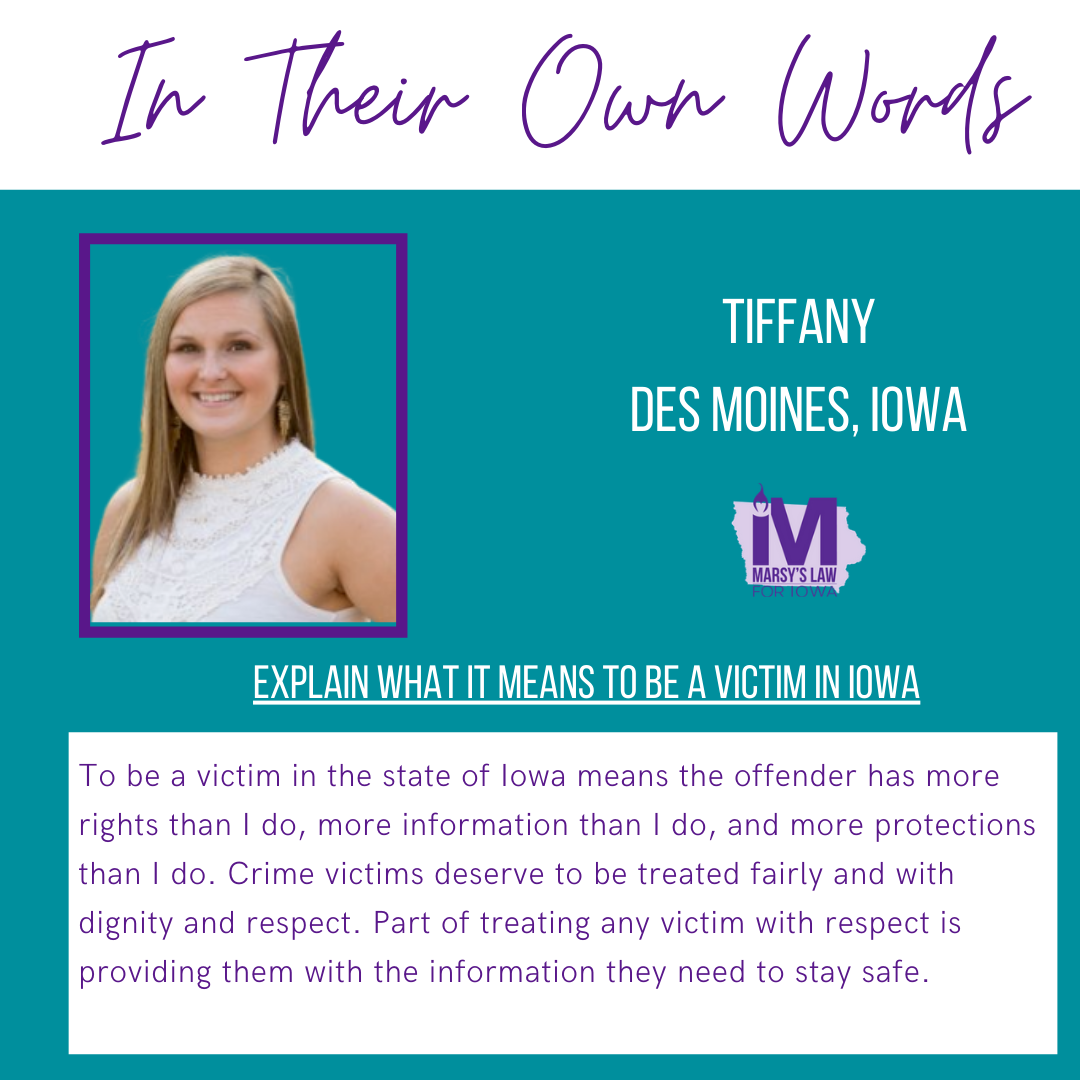 I found out my abuser was released from prison when I received a call from an unknown number and the voice on the other line startlingly, was his. Before even saying hello, he immediately began questioning me about why I hadn’t been answering his calls from prison. I couldn’t help but wonder where he was calling me from that there was no recorded option asking me if I wanted to accept the call. A safeguard I had become all too familiar with before disconnecting. Except this time there was no option…he has been paroled and I had not received notification of any kind that he was even being considered. There were no longer any safeguards, he was in my community, and could be on my doorstep in minutes. I had no time to prepare and no warning.

At sentencing I heard the Judge order him to 2.5 years in prison and it had barely been 10 months. I wondered over the next several days how this could even be possible? 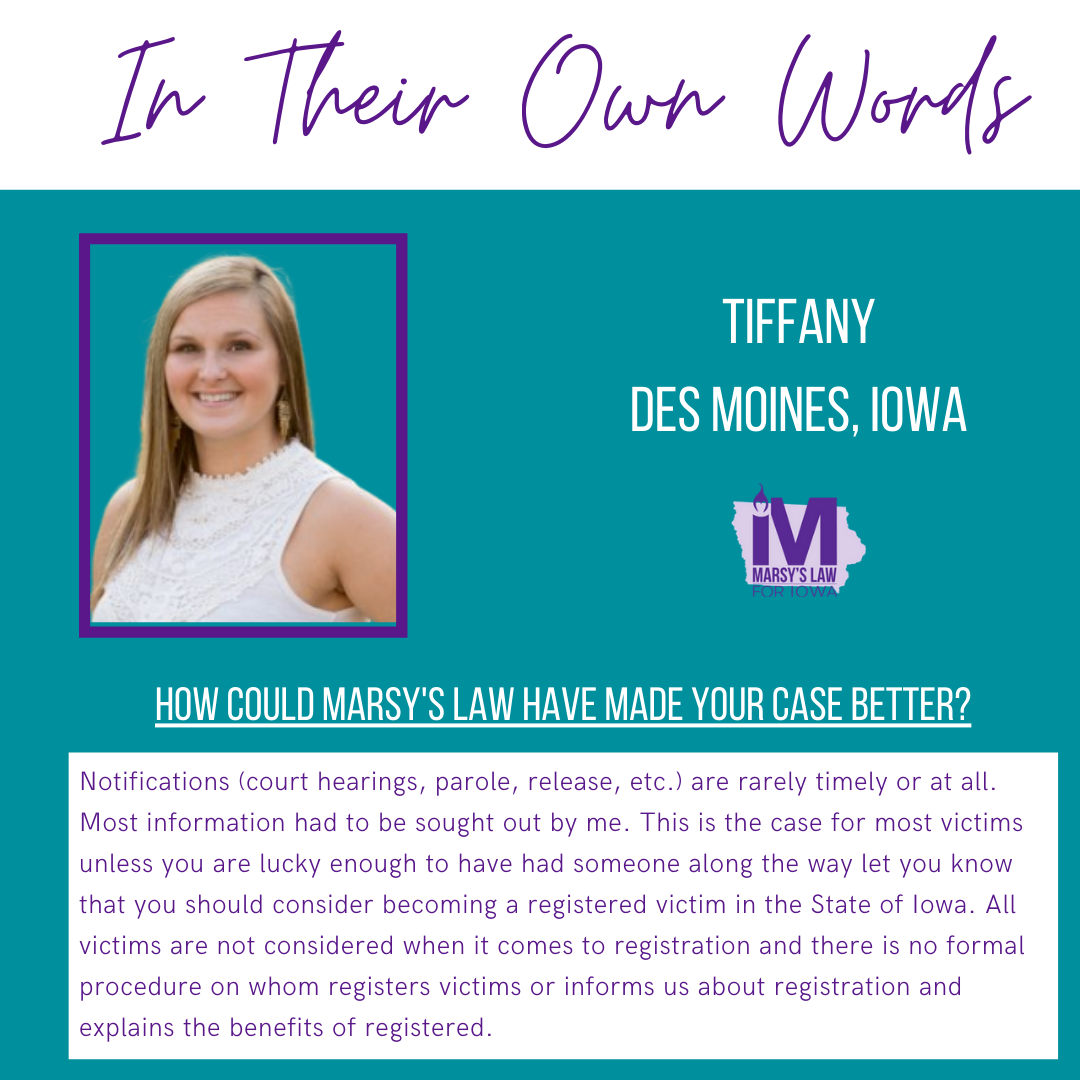 I was too deep in trauma at the time to do much more than try to navigate my own safety. However, it wasn’t long until he reoffended with another victim, and I found myself back in the courtroom at his sentencing hearing. I had become stronger during the months that had passed, although I was still relieved when I heard that Judge order him to 15 years in prison for his most recent offense. For a moment, I felt like I could breathe again, and a glimpse of normalcy and security passed thru my thoughts. Just as relief started to wash over me, I was given a sharp poke in my side by a DV Advocate sitting behind me. She had witnessed my body physically relax when I heard the sentence, she had seen the deep exhale at the thought that I could have a normal life now (at least for a period of time) and she knew I didn’t understand.

She said “You know he is only going to serve 2-3 years, right? Good Time.”

When I went home, I summoned my energy and began making phone calls to find out what “good time” actually meant. Surely, she was wrong, 15 years equaling 2-3 years did not make mathematical sense with any equation I could conjure up.

When I contacted the DOC to inquire, I was told Iowa has a “Good Time Law” that effectively cuts offenders sentencing into 1/3 upon entry. I could not help but think that this was such important information, why had I never been informed of this? This explained the 2.5 years to 10 months as well. Did his current victim know or understand this? Did any victims in the state of Iowa know this??  I can tell you, now over a decade later, having worked in this field that the answer is no. This information is not communicated to victims. I am usually the first and/or only person to communicate this to them. They are not told when plea deals are being negotiated or sentencing is being handed down. They are one of the lucky ones if they come into contact with someone who communicates this information to them at all. 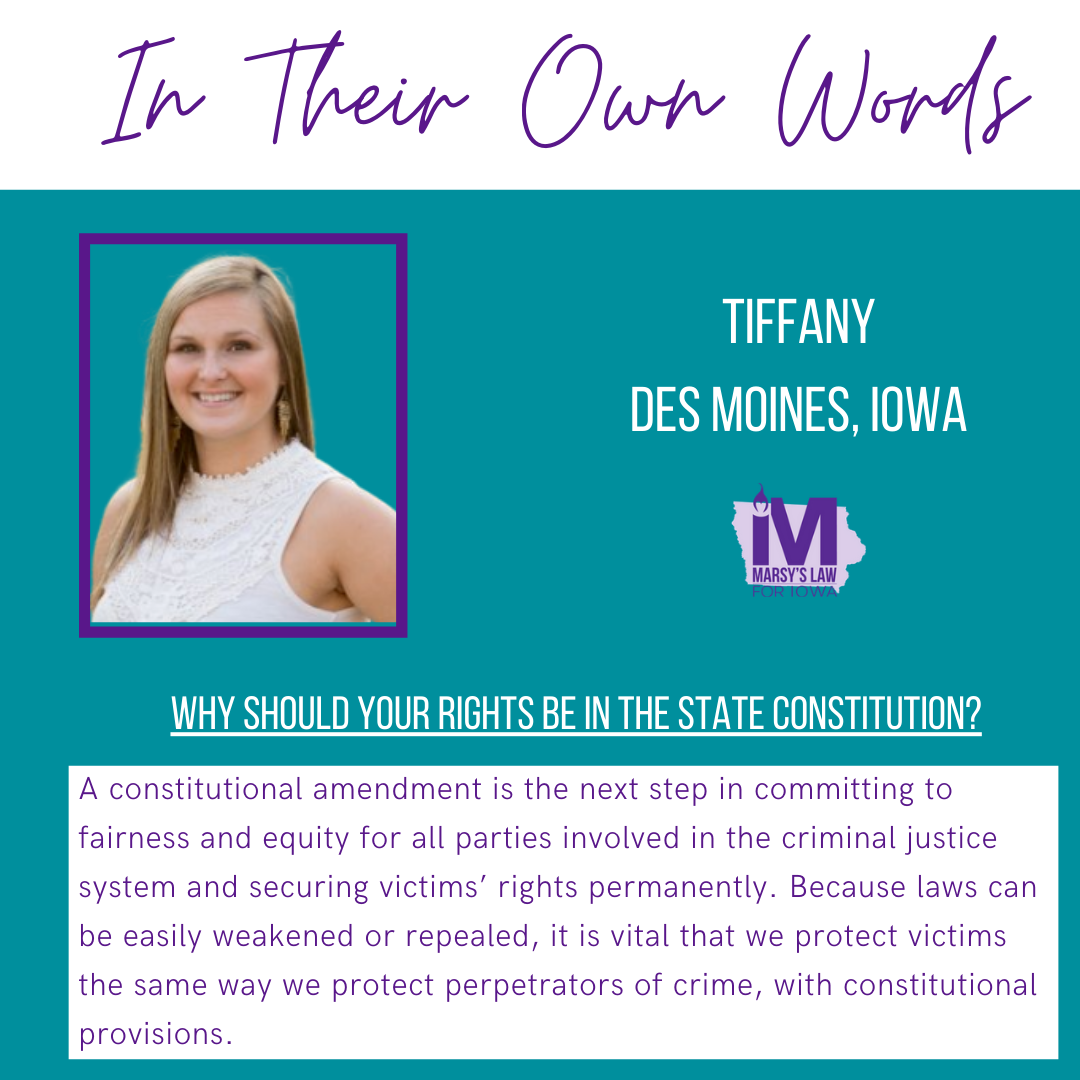