Do Victims’ Rights Violate A Defendant’s Right to Confrontation?

Opponents of victims’ rights love to claim that giving a victim the right to participate in the criminal justice process will somehow violate a defendant’s constitutional rights to due process and confrontation found in the 6th Amendment of the US Constitution. The argument is compelling, because it seems simple on its face to anyone with a general understanding of constitutional rights, but the interpretation of the 6th Amendment is not that simple. As a member of the Bill of Rights, the 6th Amendment has been around since the ratification of our constitution, making it ripe for over 230 years of judicial interpretation. It has undergone intense judicial review, which has concluded indisputably that the 6th Amendment rights to due process and confrontation are not without restriction. Defendants’ rights are not absolute, they must be balanced with the rights held by all parties and participants in court. It is the literal reason we have an existing appellate court system in this country – to determine the proper balance of rights.

Take for example the most recent claim that a defendant’s right to confrontation was violated in People v. Collins, a case out of Colorado. The defendant was convicted on multiple counts of sexual abuse of a child after he was found guilty of molesting his girlfriend’s 4-year-old daughter over the course of a year. On appeal, the defense claimed that the court allowing a trained therapy dog, named Tillie, to lay at the feet of the child victim while she testified in open court against her abuser violated his 6th Amendment right to confrontation. The US Supreme Court clarified the right to confrontation in Maryland v. Craig in 1990 by concluding the right to confrontation is not absolute, is subject to restrictions and is a trial right satisfied with the witness (1) testifying in open court, (2) being subject to cross-examination by the defense, and (3) being visible for the jury to observe the witness’s demeanor while testifying. 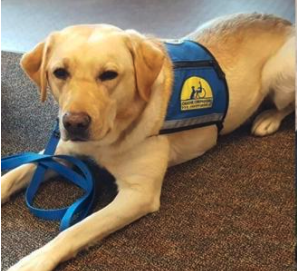 The defense in Collins didn’t deny that the victim testified in open court, was cross-examined by the defense and was visible to the jury. Instead, the defense argued that the right to confrontation was violated because Tillie’s presence “mitigated [the victim’s] discomfort about naming Collins as her abuser in court, lessening the reliability of her testimony.” In layman’s terms, the defense was arguing that because this child victim of sexual assault was being comforted by a golden retriever named Tillie sleeping at her feet, the defense could not properly intimidate her into not naming Collins as her abuser on the witness stand. The Colorado Court of Appeals correctly concluded they were not persuaded by this argument, relying in part on Colorado’s Victims’ Rights Act noting that the Colorado legislature clearly intended for victims of crime to be honored and protected during the criminal justice process.

The trial court in People v. Collins pointed to Colorado’s Crime Victims’ Rights Act (VRA) as reasoning the victim should be treated with fairness, respect and dignity in court and allowed a therapy dog to ease her expected tension while testifying. They were able to do this because Colorado voters overwhelmingly passed Colorado’s VRA in 1992, amending Colorado’s constitution to include rights for victims of crime.

Iowa has no such constitutional amendment and victims in Iowa have no such rights.

Victims’ rights versus defendants’ rights as a false dichotomy, as if both cannot exist simultaneously. Claims that victims’ rights violate a defendant’s right to due process and confrontation are struck down consistently by courts across the country, yet opponents to victims’ rights continue to rely on this fallacious argument.

The Court has balanced the rights of defendants with the rights of victims, the state, the press, the public, for more than 230 years, and constitutional rights for victims of crime create no additional strain on the rights afforded in the 6th Amendment than the courts have already clearly allowed.