A Matter of Life and Death - Vicki's Story

I have been the victim of a crime where I was stalked and assaulted. The person who did this to me was relentless at pursuing me. Every time he was arrested and bailed out, it was his goal was to be at my home or in my presence. This was a scare tactic - constantly intimidating me and trying to show me that no matter what I did or how many times I called the authorities, I would not be safe. It was not uncommon to “run into” him in public, even when he was not legally supposed to be in the county. There were many times I thought I was safe but because of a broken criminal justice system, in reality I was in grave danger.

Iowa’s criminal justice system should protect innocent victims of crime. Instead, there were times when I was not informed or able to make my voice heard during the process. I feared for my life. I was first victimized by the person who hurt me and then repeatedly revictimized by a system I thought would keep me safe.

The justice system in Iowa is broken, but the Iowa Legislature can fix it by passing a crime victims’ rights amendment to our state constitution. This would give victims like me the undeniable right to speak at trial, it would give victims the chance to be a part of the process and be notified of hearings or the status of their offender. 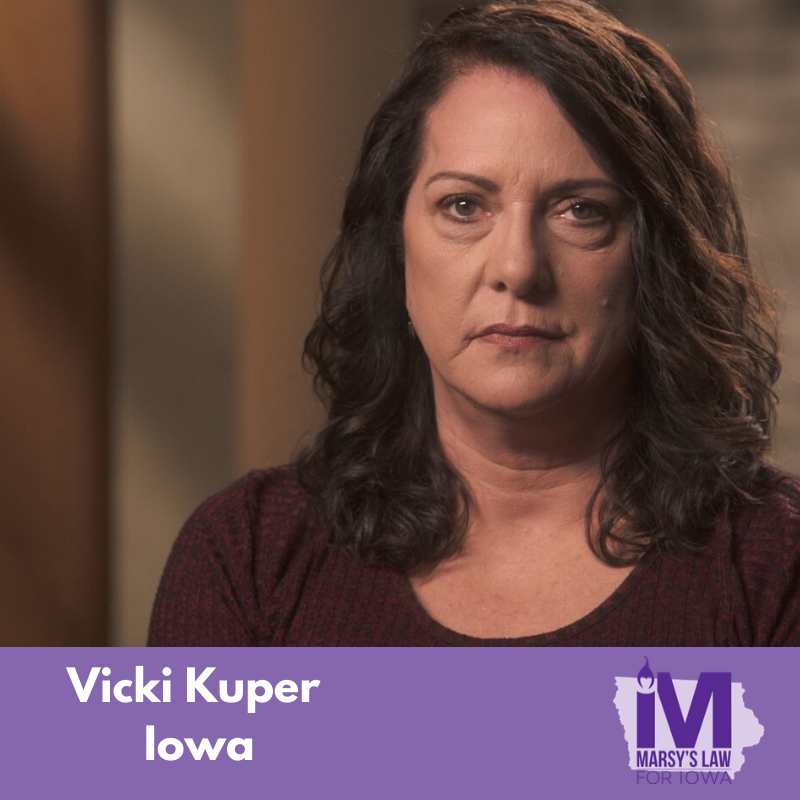